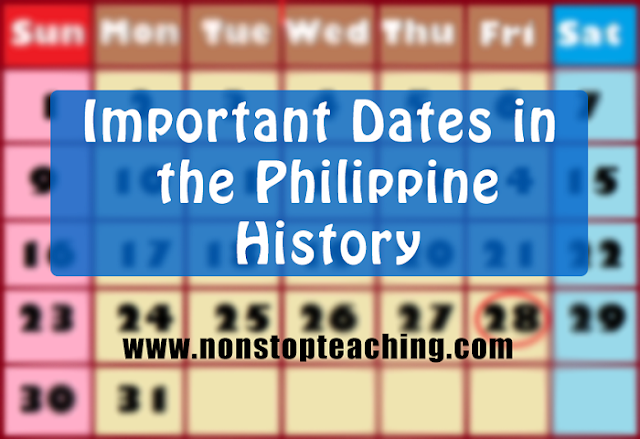 Here are some of the important dates in the Philippine History: