Allowed Calculators for the LET 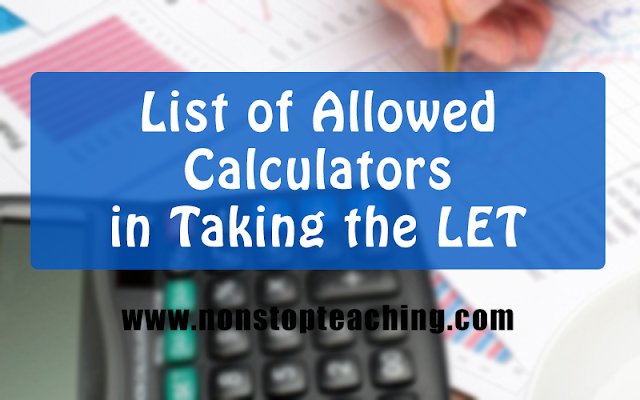 It has been observed during the conduct of examinations that there are still other brands and models that are non-programmable that are not included in the list of those allowed to be used. In order to properly guide the examinees and examination personnel, the following is the Updated List of Non-Programmable Calculators that shall be allowed to be used in the examinations after verifications with the distributors and identification of knowledgeable persons.

Accordingly, the examinees shall be allowed to bring in and use ONLY any of the following calculators that were identified as non-programmable.

NOTE: This list has been updated. Check the UPDATED LIST OF ALLOWABLE CALCULATORS FOR THE LICENSURE EXAMINATION

You may also want to read: Things that You Need to Bring and Wear During the LET