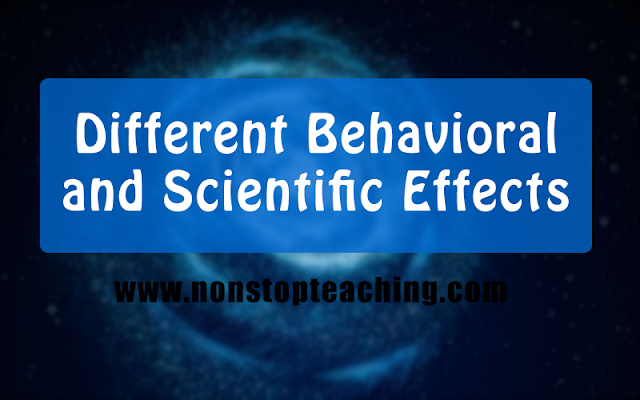 We've all encountered some of these effects but we can't still determine the right general term for them. Here are some of the Behavioral and Scientific Effects that we commonly encounter.