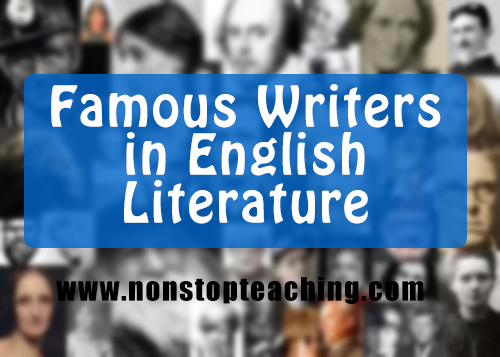 Here are the famous writers in English literature and their works: