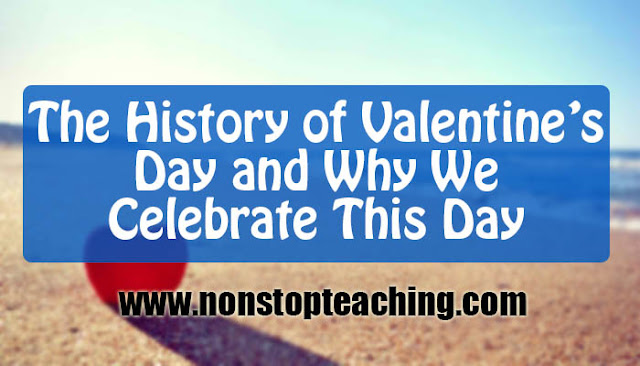 How Did Valentine’s Day Start?

Valentine’s Day is a fixed day on the calendar (be sure to tell that to the next person who asks what day is Valentine’s Day) and the ancient Roman calendar included a mid-February holiday even before Saint Valentine’s time. That holiday, called Lupercalia, celebrated fertility and may have included a ritual in which men and women were paired off by choosing names from a jar. Across the region, in Ancient Greece, that culture observed a mid-winter celebration for the marriage of the god Zeus and the goddess Hera. Some historians wonder if these traditions may have influenced the way we now celebrate February 14.

Who Was Saint Valentine?

Who was Saint Valentine, exactly, and what does he have to do with chocolate hearts? Not much, it turns out. Saint Valentine’s Day was a feast day in the Catholic religion, added to the liturgical calendar around 500 AD. The day was commemorated for two martyred roman priests named—you guessed it—Valentine. However, very little was known about these two priests, and, because there were conflicting reports on the Saint Valentine Day story, the feast day was removed from the Christian liturgical calendar in 1969.


But even though not much is known about the real history of the two Saint Valentines on which the holiday is based, the legend of Saint Valentine has several tellings. One legend says that Saint Valentine refused to convert to paganism and was executed by Roman Emperor Claudius II. Prior to his death, he was able to miraculously heal the daughter of his jailer, who then converted to Christianity along with his family.


But according to others—and this is how Saint Valentine became affiliated with a love-focused holiday—Saint Valentine was a Roman priest who performed weddings for soldiers forbidden to marry, because of a Roman emperor edict decreeing married soldiers did not make good warriors. He wore a ring with a Cupid on it—a symbol of love—which helped soldiers recognize him. And, in a precursor to greeting cards, he handed out paper hearts to remind Christians of their love for God.


Because of this legend, St. Valentine became known as the patron saint of love. The Saint Valentine prayer asks Saint Valentine to connect lovers together, so that two become one, and the couple remembers their devotion to God.


While the Saint Valentine story set the groundwork for establishing the day as a holiday for romantic love, what truly solidified the connection between Saint Valentine and love was a poem by medieval author Geoffrey Chaucer in 1381, which historians consider the origin of the “modern” celebration of Valentine’s Day, where we celebrate our romantic partnership with one other person.

Why Do We Celebrate Valentine’s Day?

Chaucer’s time in the middle ages was the era of courtly love, when broad, romantic statement of love—poems, songs, paintings—celebrated partnership. By the end of the 15th century, the word “Valentine” was being used to describe a lover in poems and songs of the day, and in the 18th century, a book called The Young Man’s Valentine Writer was published in England. By the mid 19th century, mass-produced paper Valentine’s Cards were being created, and Valentine’s Day as we know it was born.


The truth about Valentine’s Day history is that a romantic holiday isn’t immune to trauma. In Prohibition Chicago in 1929, seven men were killed by a gang organized by Al Capone on February 14. The Valentine’s Day Massacre became a flashpoint in prohibition history, with police and lawmakers going after the gangs and mobs that had formed in cities to control illegal substances like alcohol.


And while romcoms are always a great movie night choice for this evening, if you’ve already reached your Sleepless in Seattle or Pretty Woman quota for the year, know there are many different kinds of Valentine’s Day flicks. One you may leave off your queue: The Sinful Nuns of Saint Valentine’s Day. This 1974 erotica film from Italy claims to be based on a true story but is really just filled with a lot of sex-starved nuns. At least it’s not the same-old…?


No matter how you're celebrating, or who with, know that V-day can be as lovey-dovey, or low-key, as you want it to be!