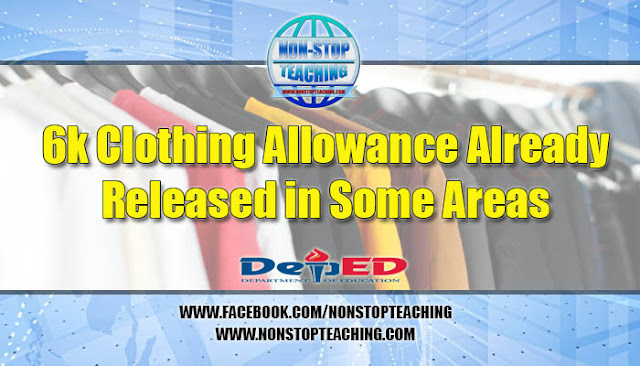 All entitled DepEd Teaching and Non-Teaching Personnel shall be given uniform or clothing allowance amounting to Six Thousand Pesos (Php 6,000.00) not earlier than 5th day of April of the current year subject to the following conditions set under DBM Budget Circular 2018-1 dated March 8, 2018, entitled “Rules and Regulations on the Grant of Uniform/Clothing Allowance to Civilian Government Personnel”

Generally, the full rate of the uniform or clothing allowance shall be granted to those personnel who are already in the government service and are to render services for at least six (6) months in a particular fiscal year, including leaves of absences with pay.
Read: (Rules and Regulations on the Grant of Uniform/Clothing Allowance (U/CA) to Civilian Government Personnel) Budget Circular No. 2018-1