8 Schools in Eastern Samar Got Damaged by Magnitude 6.5 Quake 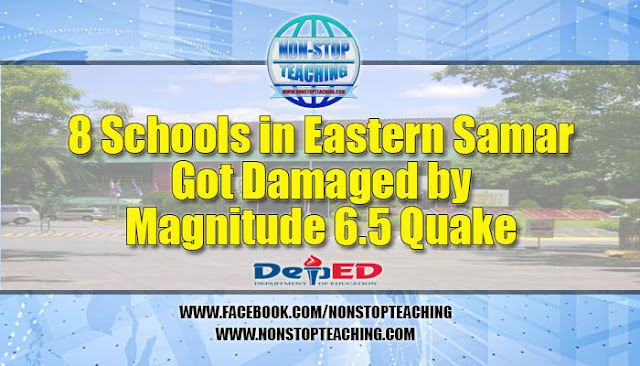 MANILA -- A total of eight schools were damaged by the 6.5 magnitude earthquake, which hit San Julian, Eastern Samar on Tuesday, the Department of Education (DepEd) reported.

In a partial situation report released late Tuesday, DepEd said eight schools in Borongan and Tacloban were impaired due to the earthquake.

Most of them had cracked ceilings, floors and walls, broken glass windows, and other minor damages.

The DepEd said it has already coordinated with Disaster Risk Reduction Management focal persons of affected regions and divisions for the field situations and reports on infrastructure and non-infrastructure damages. (PNA)